In every age, authentic masters have always approached the problem of moksha in their own inimitable way. It is true that the master Sri J Krishnamurti (1895-1986), never directly drew attention to the goal of Moksha per se. Instead, he only sought to clear away – the piles of debris of conflict in consciousness; the veiling obstacles created by the power of maya; by avidya, or real ignorance; and by ahankara, or the individual demonic ego; through the very potent ‘medicinal decoction’ of the choiceless awareness of what is. 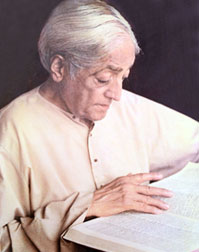 To him, this was true meditation, and even this could not be achieved because of the self-seeking will of a seeker, an ‘imaginary individual’; it just had to happen, whenever the conditions for the same became favorable. He had always stressed the importance of learning about the obstacles and becoming intimate with them, for in his view, it was this that held the real key and could therefore open the door to freedom.

Now, what indeed is this choiceless awareness? And secondly, what is this so-called what is? Our true Self is actually timeless, and once we realize that we have always been irrevocably perched in this seat only, all that we are capable of doing, is to be an unconcerned witness of every happening in consciousness, as well as every happening, out there in the world. For Krishnamurti, this alone was meditation. It is easy to be poised here, as the true Self, if the ceaseless effort of becoming, which has become our second nature is renounced, through wise understanding. To be an unconcerned witness is to be choicelessly aware. This also means, we have given up our foolish egoistic desires ‘to improve ourselves’. To be choicelessly aware, all we have to do is simply renounce the habit of pursuing an illusory ‘self-improvement’, yes, ‘illusory’ because this socalled self-improvement never ever happens, as we sadly remain only the same old mediocre individuals, that we have always been!

In our starting conditions of maya, avidya and ahankara; what is, will be all the asuric or demonic goings-on in our consciousness, whereas, when the light of choiceless awareness has illuminated all these asuric goings on without the least sense of judgment, guilt, condemnation or suppression; then the asuras are, so to speak, laid to rest, through a spontaneous deflation of their life energies. And once this cleansing happens and conflict has vanished, then what is, will shine as prajna or that new awakened intelligence at first and also much later as Parabrahma, the unmanifest & unknowable sovereign Divine source.

Krishnamurti’s ‘medicinal decoction’ of choiceless awareness, also implies the presence of the ingredient of detachment, for without this vital ingredient, the witnessing awareness, will never acquire the pure quality of being choiceless. When ingested, this ‘medicinal decoction’ of choiceless awareness, leads automatically to the awakening of intelligence or prajna; provided firstly, conflict has vanished through the non-judgmental acceptance of duality within
ourselves, and secondly, as a consequence of the vanishing of all conflict, there also occurs, the very important stilling of consciousness and a condition of consciousness being relatively empty and devoid of activity, but quiescent and poised in the timeless present.

It will be worthwhile for us to remember at this stage that in Krishnamurti’s view, all we may possibly do is ‘only to keep the window open’. For, ‘whether the breeze will actually come in or not’, is not certainly in our hands-it may come in, if we are lucky, or it may not. For one in whom, this prajna is awakened, his concomitant state of unperturbed equanimity will be so rock-like, that this whole question of whether the breeze will come in or not, will be quite meaningless to him – because, he anyhow has no ‘future’ which he has with self-interest architectured, and no aspirations either, for the gratification of his petty self. 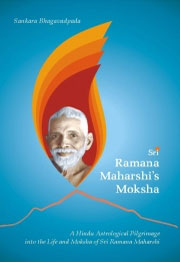